Some major studies show that approximately 600 tree species in India are threatened with fate of early extinction, and many of them are the native species of Malabar Coast and Mountains of Western Ghats. Several of these species are also attributed with unique socio-cultural, spiritual, and economic values, apart from their dominant attribute of contributors of ecosystem services. Contributions of trees for the ecosystem services are invaluable. It is calculated, a year biodiversity provides us services worth US$125 trillion! A mature tree sequesters 42 LBS of Co2 every year. Without tree roots, soil dry outs, leads to increased arability of land, and flooding.
The Intergovernmental Science-Policy Platform on Biodiversity and Ecosystem Services (IPBES) estimated that one million species are threatened with extinction! Extinction of species beyond the threshold leads to the collapse of ecosystems. We may completely lose the rainforests in 100 years of time from now! The massive loss of wild species forced environmentalists to think that the Planet is reeling under its 6th great extinction! When a species disappears from this earth, it is not only taking away its’ millions of years of genetic history but possibly the unexploited million-dollar value of its services too.

Traditional belief systems protect many of the native tree species

25 species that are revered as sacred since Vedic period, but facing extinction threat now are selected for mass multiplication and planting

We have identified and prioritized 100 tree species that are distributed in the two regions mentioned above, belonging to Rare, Endemic, Threatened, and Sacred categories, and each with 25 species. The Sacred trees are chosen from those referred in the Vrikshayurveda and Ramayana. We would like to call these endangered and sacred species, GOD Trees!

Traditionally, in many countries, people believe Gods (and Devils too) and ancestor spirits abode on Trees. In south India, some of the lofty trees with fragrant flowers or thick foliage have been attributed with God’s presence. This kind of belief systems, started ever since world humans settled down and it had helped in protecting many of the native tree species all over the world.
We have located hundreds of sacred sites that are associated with households, Hindu temples, churches and mosques from Kerala, Karnataka, Tamil Nadu and Odisha states. But, unfortunately, a large number of such sacred sites have been degraded or encroached or restored with ‘wrong’ species. We have shortlisted 100 degraded Sacred Groves from different villages of Kerala for the first phase of restoration and initiated discussion with the respective custodians of them.

Sadly, the degradation of ecosystem services or extinction of species remains unnoticed or rarely spoken about or addressed compared to the Climate crisis in these states. Time and again, we are repeating our failures in actions or the inactions itself, regardless of many agendas and legally binding calls to actions having been adopted by most of the countries to save biodiversity.
We started the ‘’Saving endangered species programme’’ of MSSRF in 1992 by studying and locating the RET trees and degraded open sites including forests and sacred forests. Since 1997, MSSRF has been actively engaged in tree planting across Kerala and Tamil Nadu, and so far have planted over a million trees with saplings of the rare and endangered species. Our scientists had located many such species from forests, ensured multiplication of planting materials, and our partner farmers and women Self Help Groups engage in raising the Nurseries and planting them.

Indians are good in helping others by everyday giving, especially for the community needs, religious causes, followed by in urgent situations like natural disasters. The situation is squarely urgent now for community, religious belief systems, and for the Nature! Need fast Actions from all of us to save trees and restore habitats! When we save a tree, we are saving a minimum of 30-50 associated above and belowground species!
We are inviting you to join us to recovermaximum viable populations of these 100 trees and restore all those degraded landscapes and natural sacred sites. This tree planting campaign will have been completed by 2025. When people like you, planting as many trees as you can, you are restoringnot only those sacred groves, but ensuring prevention of early extinction of thousands of years of evolutionary history, improving the ecosystem services, and slowing down the effects of global warming!
You helped us in the past to achieve many of our goals. We want to revitalize that partnership again. The donations we receive are pooledto grow our conservation fund, which is used for engaging trained personnel to collect, catalogue, conserve, and cultivate ecologically and culturally significant keystone tree species! See the Fund receipt plan is enclosed. We promise you that the return on your investment will be manifold, benefiting immensely the biodiversity and culture of India!

Note:MSSRF has been approved by the Central Government for the purpose of clause (ii) of sub-section (1) of section 35 of the income –tax Act 1961/with rules 5C and 5D of the income tax rules 1962. Income tax exemption availability exists under the provision 12AA/80G/35 (1) (ii). 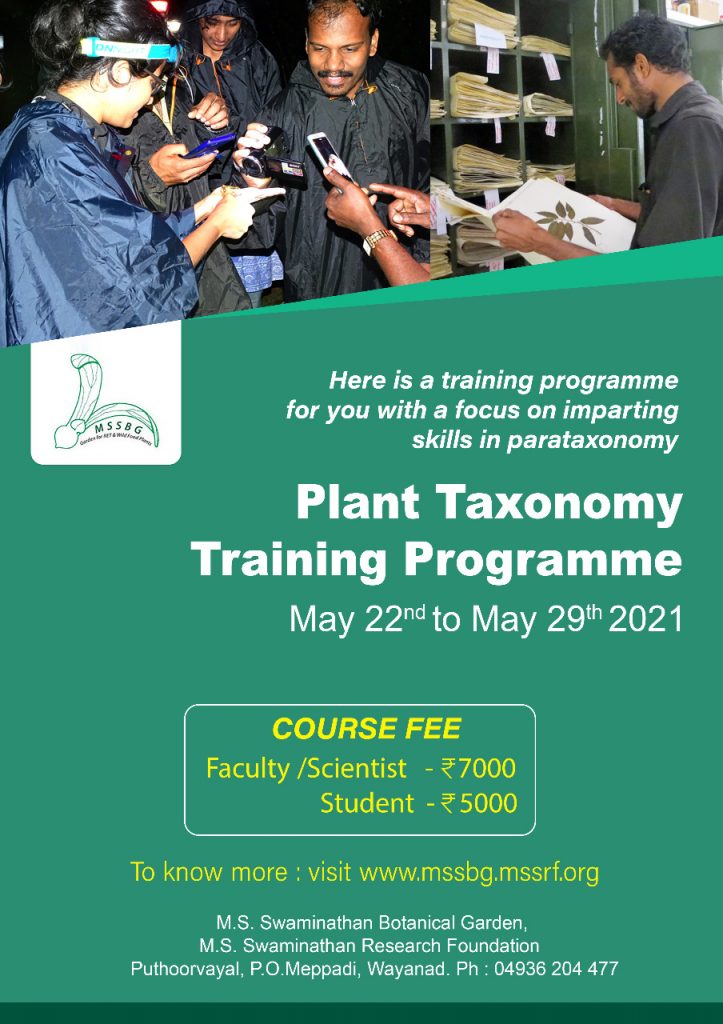