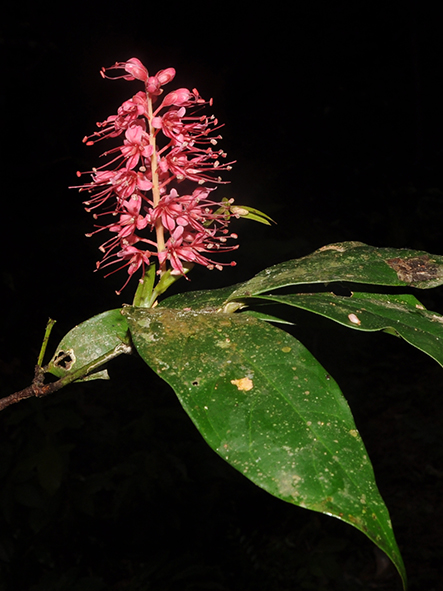 A red-flowered variety of species, Humboldtia brunonis var. raakthapushpa Udayan et al. recently reported (2007), from a small location at Kakkayam in Kozhikode District of Kerala. So far found in a small population of less than 100 plants in the above locality. 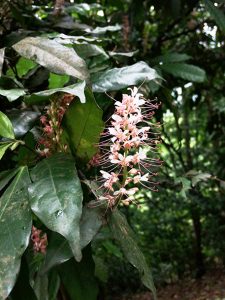 Note: The genus Humboldtia Vahl. (Family Legiminosae – Caesalpinioideae) with nine taxa, (7 species and two varieties), is a highly endemic genus seen in the Western Ghats Biogeographical Zone (including Sri Lanka). Except for the single species H. laurifolia endemic to Sri Lanka, all the other eight taxa are found endemic to the Southern Western Ghats, that too restricted to very small localities and a few populations. Almost all the taxa are categorized under some or other IUCN Red list category. This highly ornamental group of trees is one among the most important trees that need immediate conservation attention.